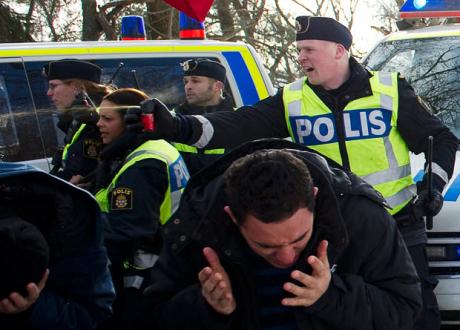 Swedish police are the worst in the Nordic region when it comes to clearing up home break-ins, a crime which has increased dramatically in Sweden in recent years.

Sweden’s clearance rate pales in comparison to that of Finland, where police succeed in clearing up between 22 and 26 percent of break-ins.

In the last ten years, the number of reported home break-ins in Sweden has risen by 34 percent nationwide.

„Obviously, we should solve more crimes and aren’t happy with everything,” Kalle Wallin with the National Police Board (Rikspolisstyrelsen) told DN.

In explaining Sweden’s relatively poor performance compared to its neighbours, Wallin said that it can be hard to compare statistics from one country to another.

„Statistics isn’t an exact science. It’s hard to compare them. There are different ways for dealing with statistics,” he said.

Police researcher Stefan Holgersson, a former police officer, attributes the low clearance rate to changes in how the Swedish police force is organized which took place in the mid-1990s.

„That destroyed a working organization and the clearance rate dropped,” he told DN.

„It’s been that way for every subsequent organizational change. They haven’t focused on how the operation can be as strong as possible, but more on presenting a picture of a functioning operation.”

However Wallin hinted at that Sweden’s recently expanding burglary bubble may be about to burst.

„We’ve seen a break in the trend this year with 400 fewer break-ins this year compared to the same period last year,” he said, attributing the drop to new efforts focusing on career criminals and repeat offenders.

„We’re starting to see results from that,” he told DN.